On Saturday, February 15th 2019, we attended an event at Royal Geographical Society in London devoted to St Seraphim, a famous Russian Orthodox Saint. 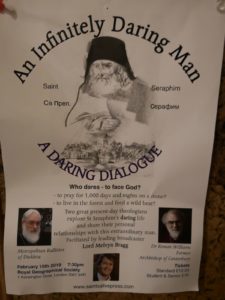 Nevertheless, we would not know that he is well-known among British people, and also those who are of other Christian denominations than Orthodox. In this event, in particular, Anglican bishop, theologian and poet, Rowan Williams, was in the panel together with the Orthodox Metropolitan Kallistos Ware.

While for a well-informed Orthodox person the event might not have been particularly informative, nor provided lots of novel information, it was still a touching and eye-opening experience: to know that Orthodox Saints, of the, not much admired Russia here in the West, could still be here not only known but also appreciated as deeply. 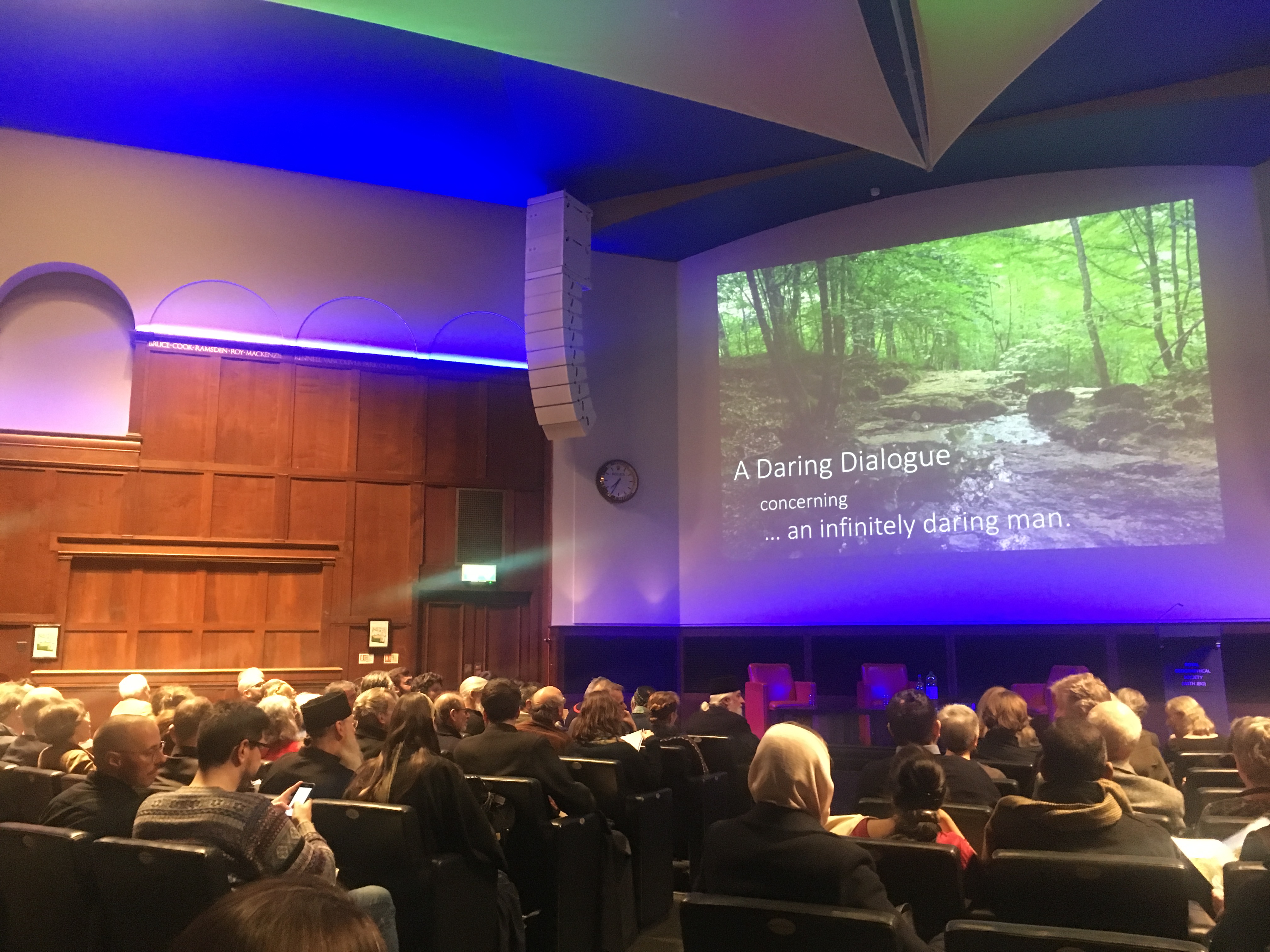 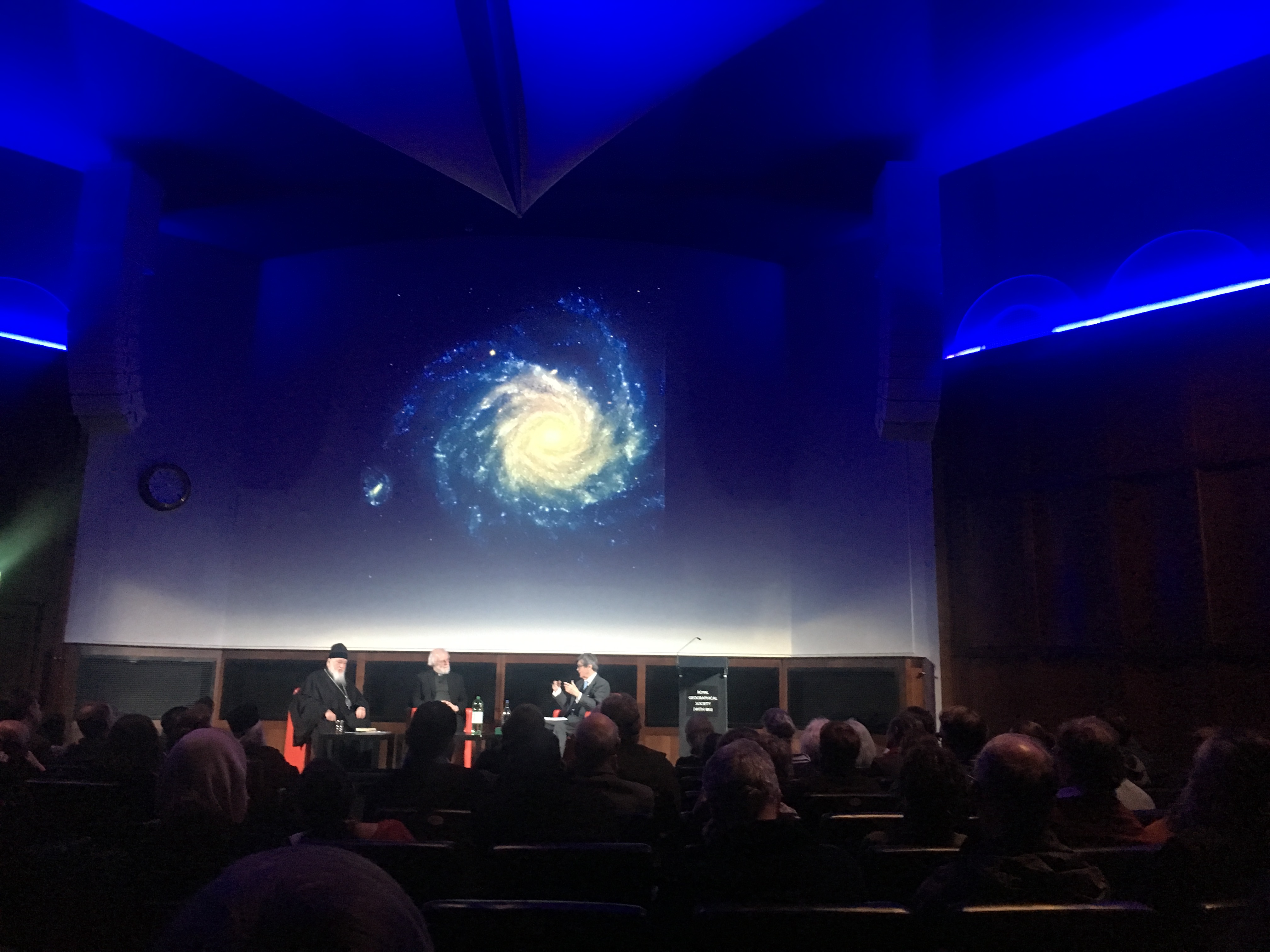 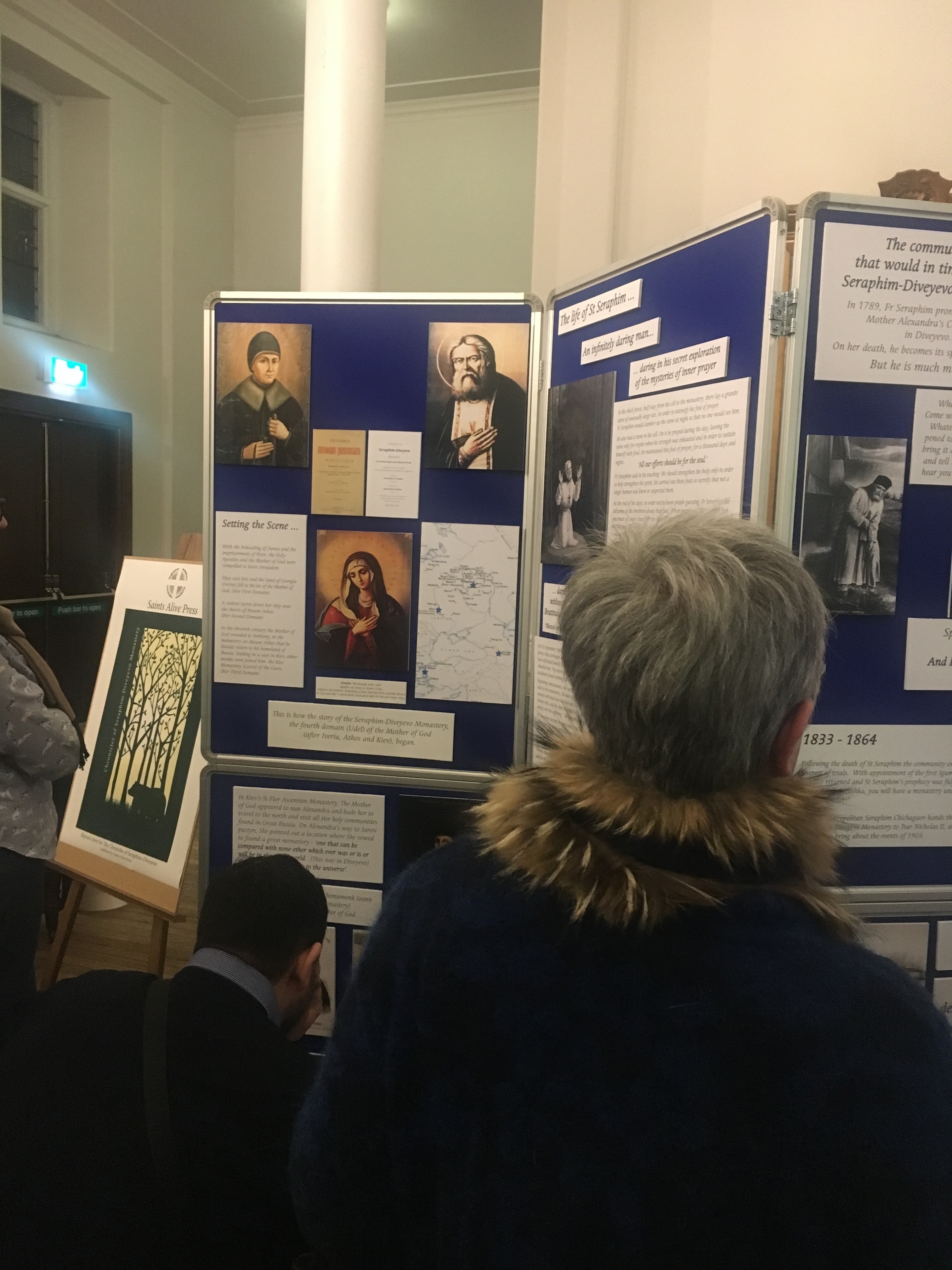 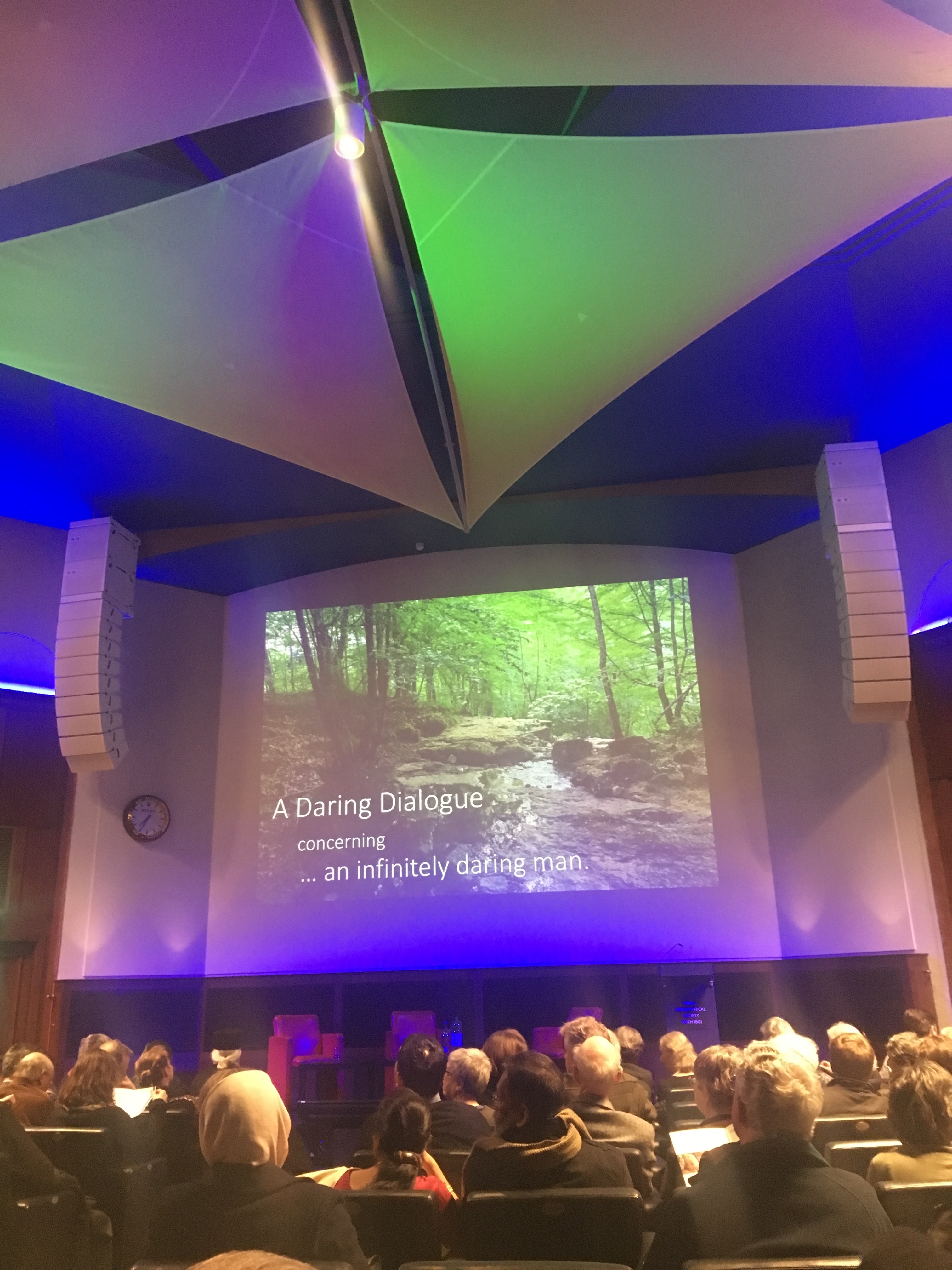 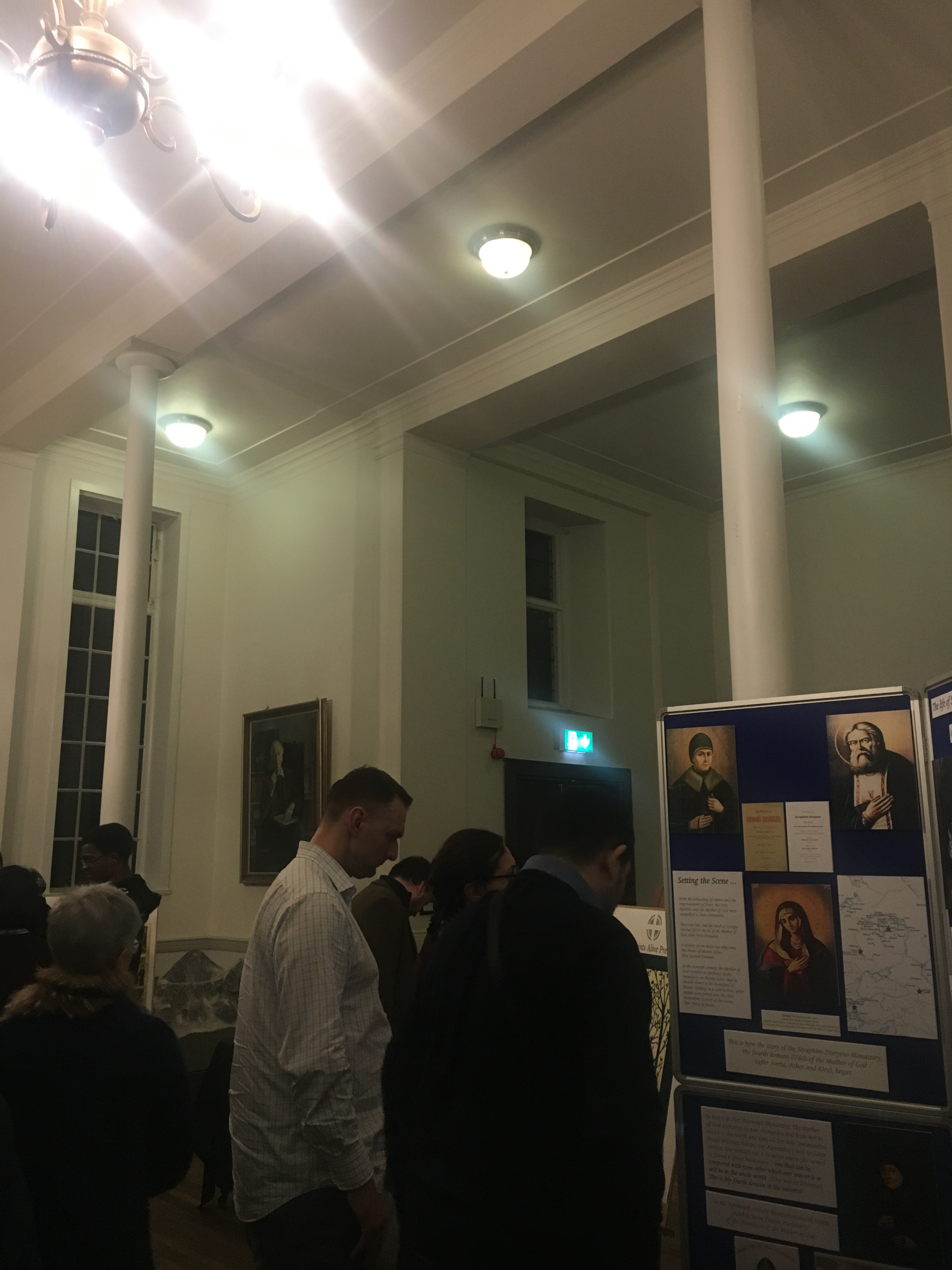 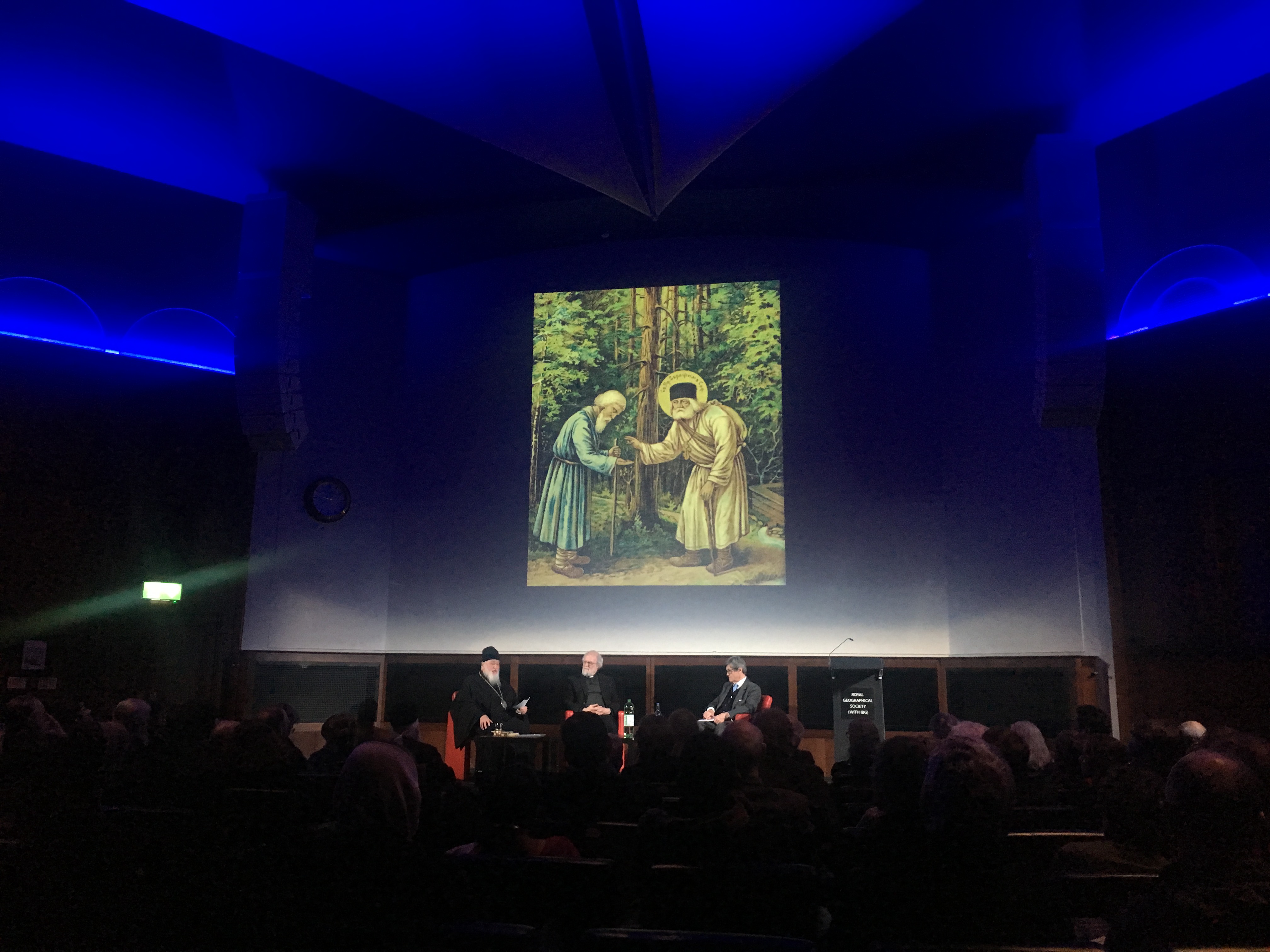 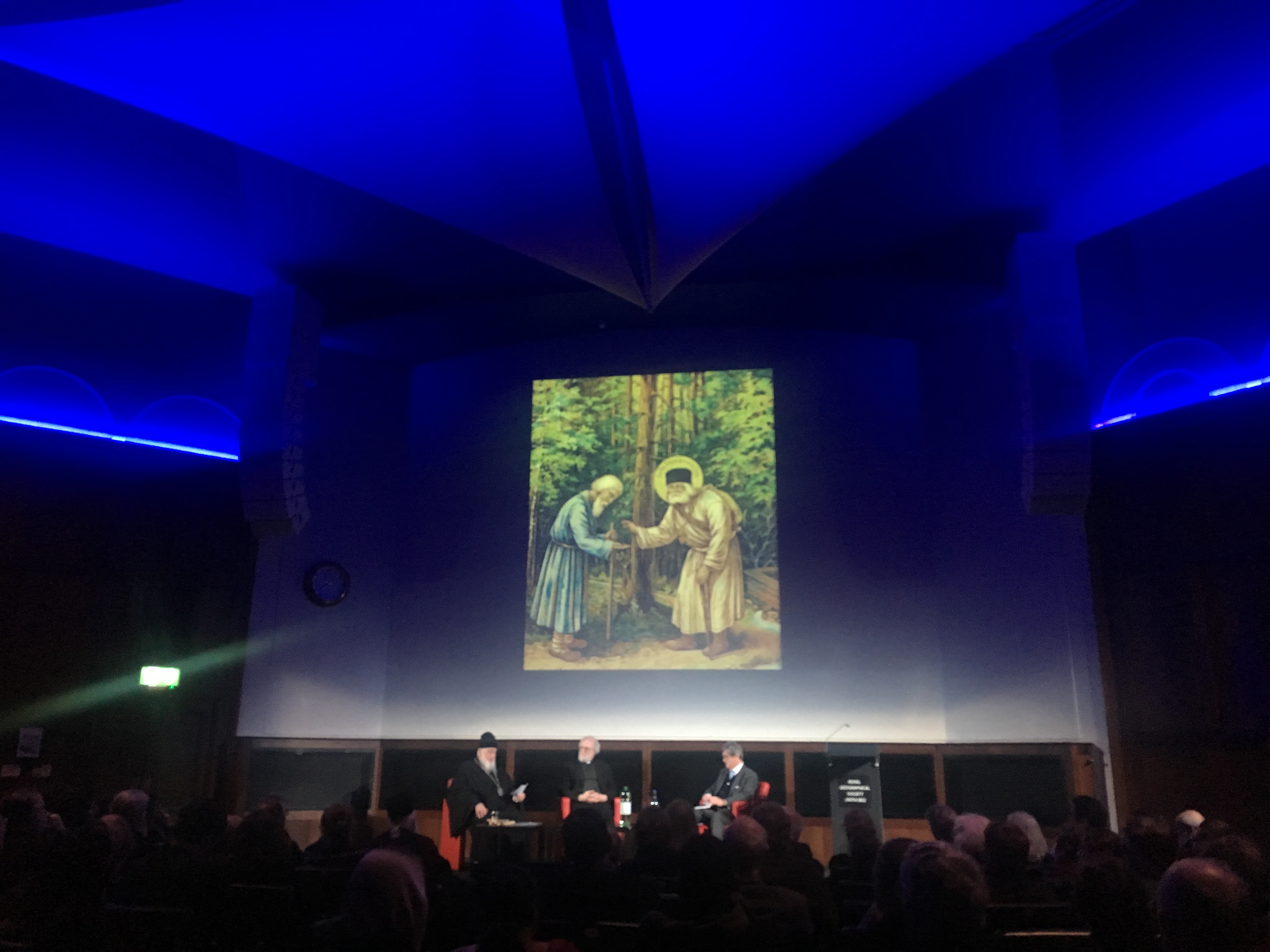 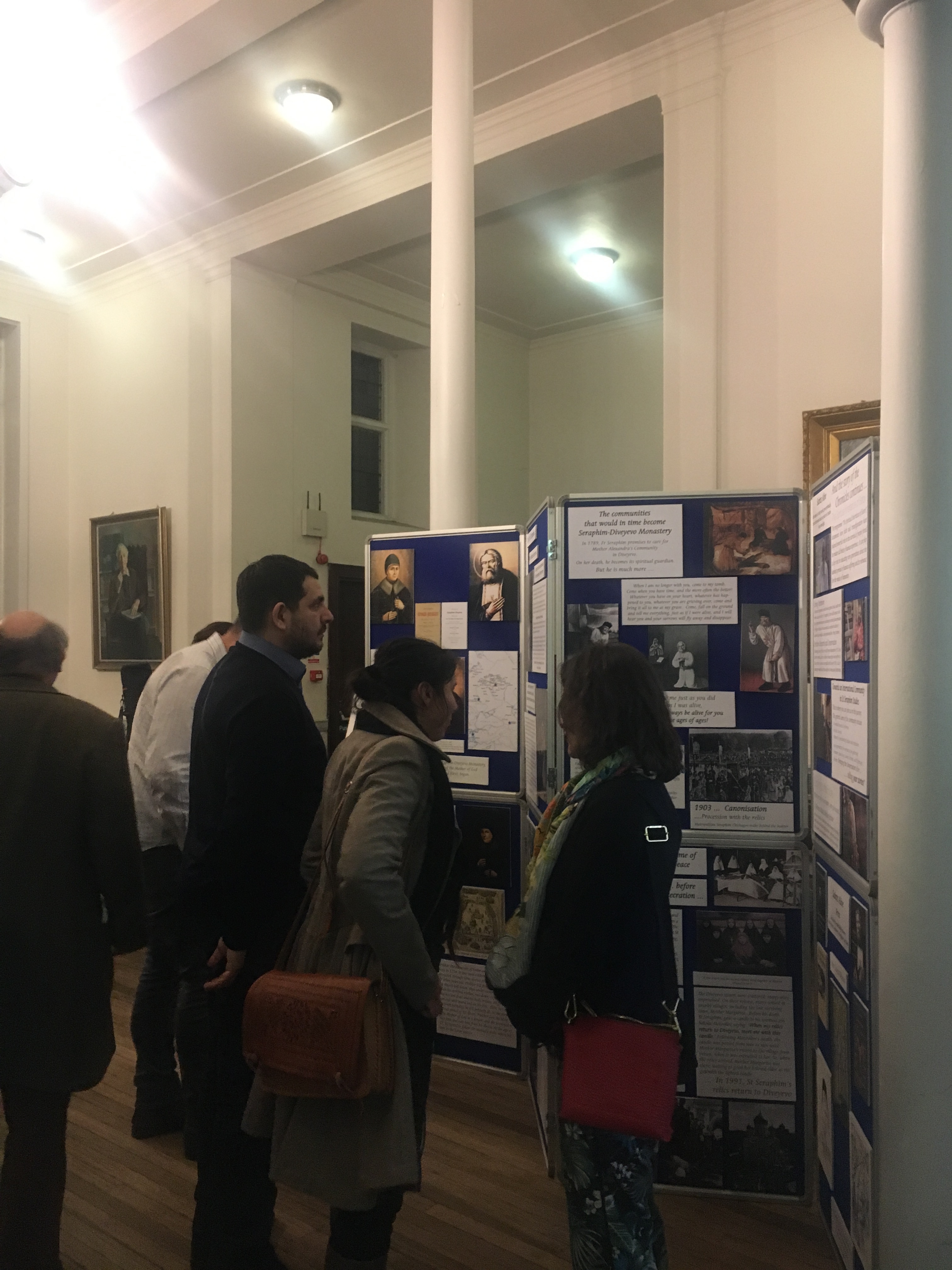 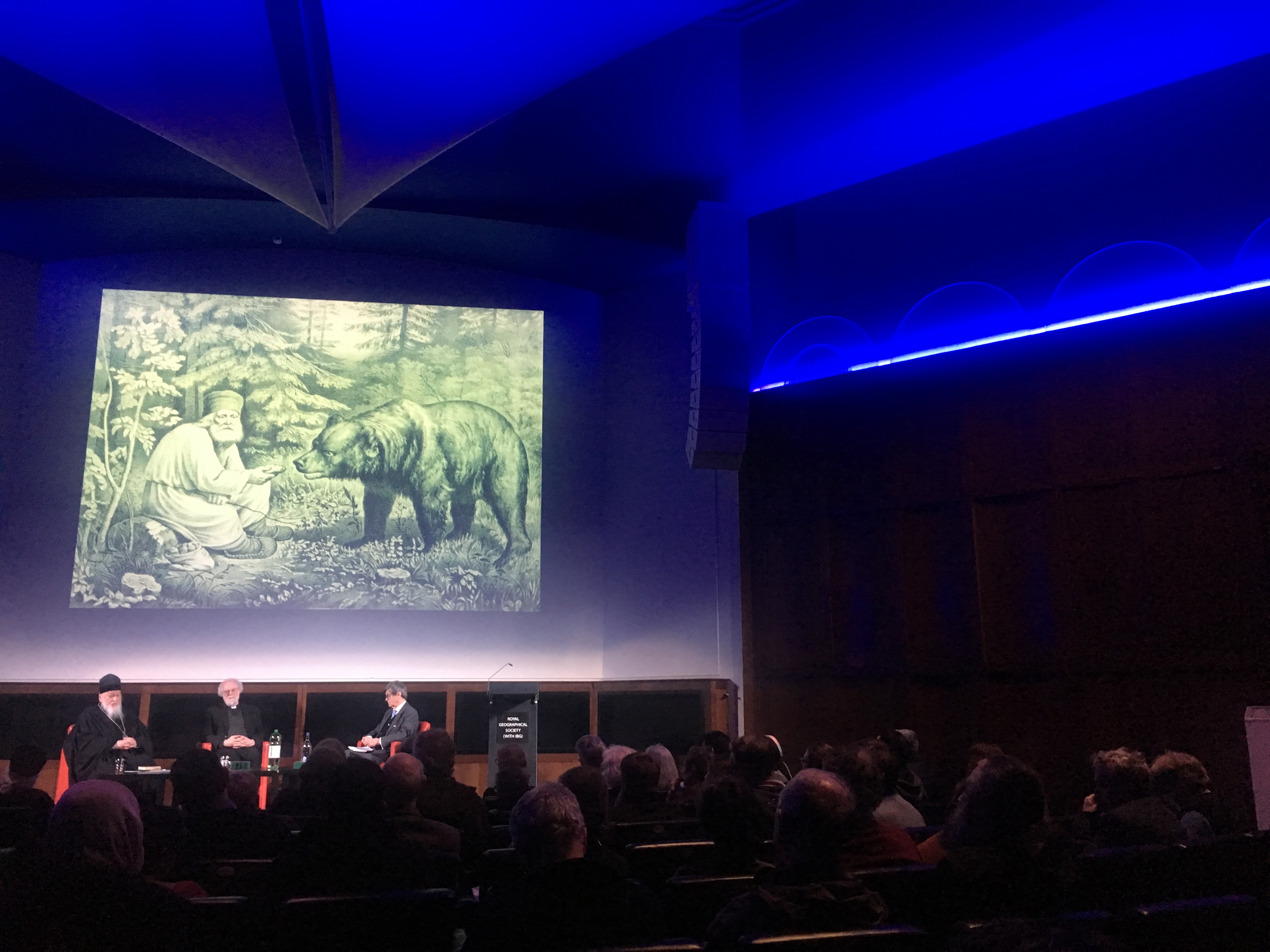 Two ideas to point out that we have learned during the event could be:

In Western Tradition, the name that corresponds to Seraphim (Serafim) would be Francis.